Can’t find any weed to buy for a party this weekend? Don’t complain.

Canadians who use cannabis for medical reasons are being hit by shortages in a far worse way.

“It’s actually more than a supply issue. Really, it’s something of a health crisis now,” said James O’Hara of the advocacy group Canadians for Fair Access to Medical Marijuana.

O’Hara says Canadians with cannabis prescriptions to help with seizures, anxiety and other serious health problems are emailing his organization, upset by “out of stock” signs at their regular provider’s website or retail location.

“Unfortunately, there are no regulations in place to actually guarantee supply for the medical market,” O’Hara said.

Bryan Wakefield of Thunder Bay, Ont. has been unable to place an order for three weeks. He says he uses cannabis to manage his ADHD and borderline personality disorder.

“I’ve been on the phone today, trying to figure out which licensed producer I can switch to,” the 39-year-old said with frustration.

“I’m a patient, it’s not like I’m ordering a microphone off Amazon, and I’m upset because I got the wrong colour.”

Dan Goulet of Kitchener, Ont., works for a cannabis producer, and even he can’t get his medicine.

“My company doesn’t have the CBD oil that I use,” he said.

In the two weeks he’s been unable to access cannabis supplies, he’s been experiencing “bad health effects” from a digestive disorder, he said.

Meanwhile, 67-year-old Peter Prete of Thunder Bay is glad he was warned ahead of time to prepare for the shortage. A friend who works for a large cannabis producer that he declined to name tipped him off that the focus would be shifting to the recreational market and that he should stock up. 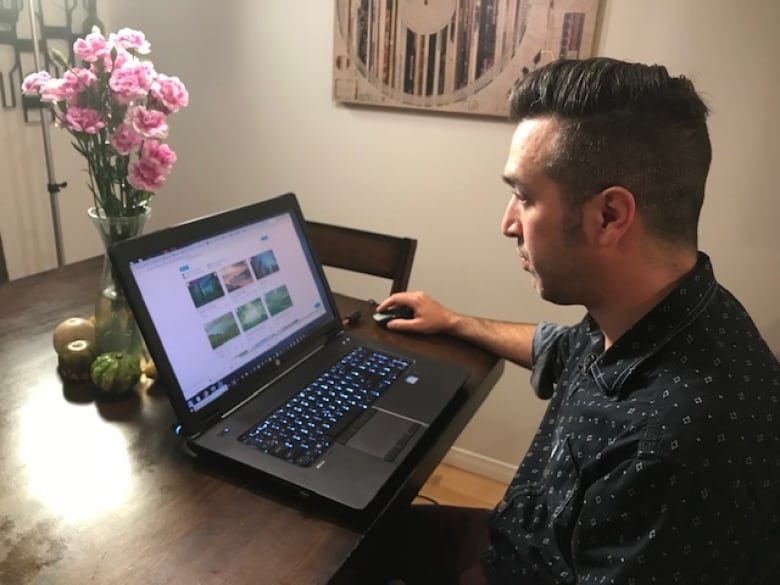 Dan Goulet of Kitchener checks the Ontario Cannabis Store every day, but can’t find a supply of the CBD oil he needs to control his concussion symptoms. (CBC News)

“I ordered a shitload, if you’ll pardon the expression,” he said.

“I told my friends to do the same, to place big orders, but they didn’t listen, and now, they’re out of luck.”

Many medicinal users suspect that licensed producers have been seduced by the much larger recreational market and have prioritized shipments to that sector.

The director of the Cannabis Council of Canada, which represents 85 per cent of the country’s cultivators and medicinal suppliers, says the opposite is true.

But he acknowledges there are issues right now. “Every time a patient is waiting, that’s a problem.”

Rewak says a combination of factors have led to difficulties with the medicinal supply.

Demand for medicinal cannabis “skyrocketed” prior to the Oct. 17, possibly because of concerns from users that recreational users would deplete inventory, and those orders depleted medical inventory 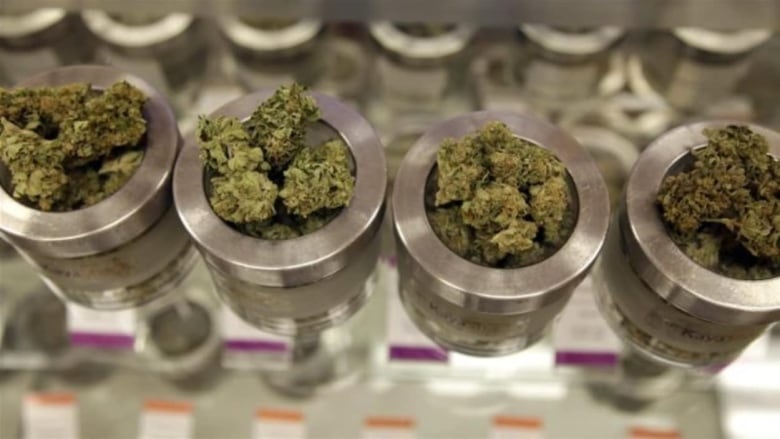 The industry is under stress during a time of transition to try to increase staff and respond to overwhelming recreational demand.

“Medicinal patients are and will be our priority,” Rewak said. “Every company that’s part of our membership is working seven days a week, 24 hours a day to make sure the supplies get out the door.”

Despite the assurances of some providers that they will put their medicinal pot users first, O’Hara says he’s not satisfied with the industry’s reassurances.

“No one’s really communicating with patients and saying, ‘Hey look, in 12 weeks or six weeks or three weeks, you’re gonna be fine.’ That contributes to the anxiety that patients have, because they’re now in a realm where they just don’t know what’s going to happen.”

“They’re not being very transparent,” he said. “No solutions are coming from the LPs (licensed producers), no one is saying, ‘This is what we’re doing to improve this.'”

He’s also not impressed with the government’s treatment of medical patients.

“Health Canada is very hands-off with this, and that’s very frustrating,” he said.

In an email to CBC, a spokesperson for Health Canada said that at the end of September 2018, licensed producers had reported that they had inventory of more than 90,000 kilograms of dried cannabis and 41,000 litres of cannabis oil.

“In contrast, preliminary estimates of retail sales to date from publicly available information, while strong, represent only a small fraction of that available inventory,” the agency said.

If that’s the case, the trouble experienced by many medical patients remains a mystery.

“We never had any complaints about delivery before legalization,” says O’Hara. “What’s changed? Only one thing.”

Cannabis On The Ballot: What Researchers Think You Should Know

Posted 4 years ago
Skip to toolbar