Stoners of the world, don’t kill the messenger: On Monday, a brand-new study emerged that links heavy marijuana use to schizophrenic-esque brain changes in young people. Published in Schizophrenia Bulletin, the research demonstrated that young teenagers who smoked pot heavily were more likely to see structural brain changes that, alarmingly, mirrored those in people with schizophrena.

But hold on: while anti-marijuana activists could and probably will use the study to further reinforce anti-marijuana sentiment, the research only established only a link, not a cause. Even the study’s lead author suggested that schizophrenic abnormalities could have caused reliance on pot, not necessary the other way around. Correlation, of course, does not equal causation.

So what other marijuana myths have been disputed by science? Here’s five of the most common, debunked by yours truly.

1. MARIJUANA IS A GATEWAY DRUG

This myth won’t go away, and has been bolstered by public figures like New York Times columnist Nicholas Kristof.

One of my childhood friends in Yamhill, Ore., pretty much squandered his life by dabbling with marijuana in ninth grade and then moving on to stronger stuff. And yes, there’s some risk that legalization would make such dabbling more common. But that hasn’t been a significant problem in Portugal, which decriminalized drug use in 2001.

But for the majority of people, marijuana isn’t a gateway drug. In 2010, scientists at the University of New Hampshire found that only people who were poor, unemployed, and psychologically stressed who were likely to transition from marijuana to harder drugs — and the psychological stress seems to be the key factor, rather than pot.

So if you light up, you (probably) won’t be snorting cocaine off the toilet dispenser in a few days’ time. 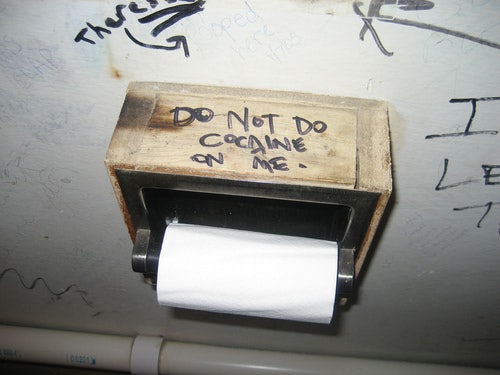 Oh, look, even the toilet dispenser doesn’t want you there. Don’t even think about it.

2. LEGALIZATION WILL MAKE WEED A DANGER TO YOUNG PEOPLE

And economically speaking, some have suggested that legalization might just be the best solution. As a side note, remember the last time prohibition happened in the U.S.? 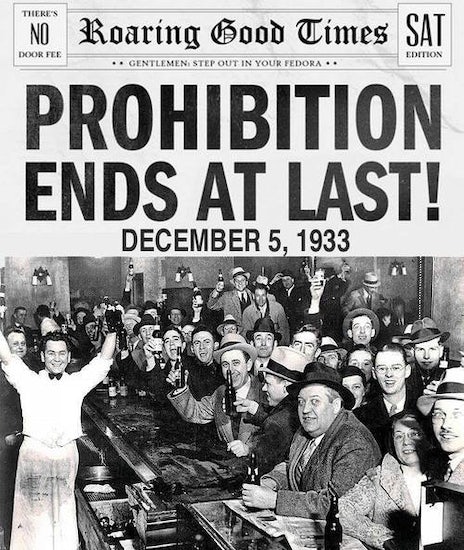 Sorry, weed-smokers, but we’re going to have to go with the jury on this one: Weed isn’tnot addictive. But it’s usually only addictive in large quantities: A 2008 study by a University of Cambridge professor, Dr. Leslie L. Iverson, showed that between 10 and 30 percent of regular marijuana users will develop some dependency on the drug. According to the study, 9 percent of those users will ultimately become addicted.

Compare that with statistics for alcohol, nicotine, and other addictions: 32 percent of tobacco users, 23 percent of heroin users, 17 percent of cocaine users, and 15 percent of alcohol users will become addicted in the long run.

4. SMOKING A SPLIFF CAN GIVE YOU CANCER

Actually, some research has suggested that the non-psychoactive ingredients in marijuana could possibly kill cancer cells. When these ingredients were applied to leukemia cells in a laboratory setting, metastasis was halted in several leukemia cells.

With light or moderate use of marijuana, there’s no link between lighting up and lung cancer. Plus, medical marijuana is part and parcel of treatment for some cancer patients.

So now we’re back to that initial study, in which scientists found a possible link between marijuana and schizophrenia. A commonly-held view about marijuana is that it causes or increases the risk of mental illness.

Yes, the link has been indicated in some research, but remember what we said about correlation and causation? In fact, a few doctors are trying out the opposite link and prescribing patients suffering from anxiety and depression — and there have been early signs of success. 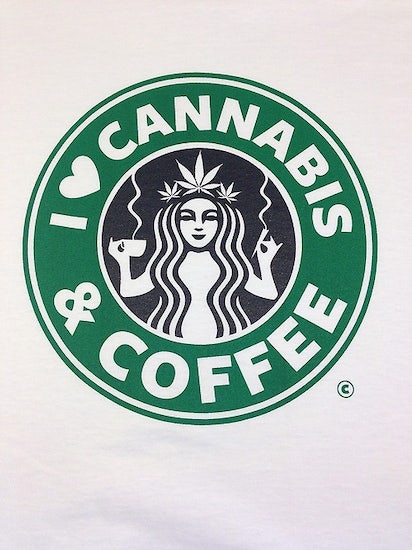 No, marijuana may not be the miracle drug the weed-lobby thinks it is… but Mary Jane might not be the demon substance that anti-marijuana activists believe it to be, either.