Senator Patrick Leahy wants to clear the air in the debate between states and the federal government over the legal use of marijuana, in what could be a significant hearing on the issue in September. 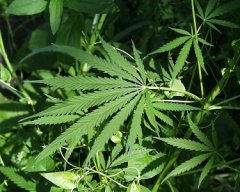 On Monday, Leahy was reserving the oversized hearing room in the Hart Senate Office Building for testimony. The room is used for big events such as Supreme Court confirmation hearings.

Officially, the hearing is set for 10 a.m. on September 10 and it is about “Conflicts between State and Federal Marijuana Laws.” The hearing is for the full Judiciary Committee.

Leahy, the Senate Judiciary committee chair, wants answers about the constitutional conflict over federal and state laws about marijuana use.

The states of Colorado and Washington passed laws last year that legalized recreational marijuana use under certain circumstances. In addition, 20 states and the District of Columbia have laws that allow medical marijuana use.

The laws conflict with the Supremacy Clause of the Constitution, which states that federal laws, like the controlled substance regulations passed by Congress, trump state laws.

However, President Barack Obama and Congress have done little to address the conflict between Colorado, Washington state, and the federal authorities.

It’s one of the few comments, direct or indirect, from the President on the issue. His chief legal deputy, Attorney General Eric Holder, has said even less in public about the conflict.

“I believe that these state laws should be respected,” Leahy said. “At a minimum, there should be guidance about enforcement from the federal government.”

At the time,  Holder hoped to have a decision about the federal government’s policy on the matter.

“We’ve had good communication. … I expect that we will have an ability to announce what our policy is going to be relatively soon,” Holder said in March.

But Holder incurred the ire of some marijuana advocates in early August, when he made a highly publicized speech about legal reforms—and never mentioned the legalized marijuana situation.

Legally, the states will have a tough road in court if Holder decides to sue to overturn the laws.

The Supremacy Clause of the U.S. Constitution., in Article VI, Clause 2, states that in a conflict of state and federal laws, the federal law is the supreme law of the land:

States can contest the constitutionality of a federal law through the court system, and hope that a law is overturned. But they can’t decide to ignore a federal law—at least in theory.

In Colorado, legal marijuana stores aren’t scheduled to be open until 2014 at the earliest. And in Washington, the state’s Liquor Control Board has until December 2013 to set up its distribution system.

Marijuana not harmless to adolescents