People who engage in legal cannabis activities in Canada when pot becomes legal next month should not have to fear to cross the border into the United States says U.S. immigration lawyer Julie Kruger.

Kruger was responding to a warning from a top official at the U.S. Customs and Border Protection Agency that anyone showing signs of drug activity, including people who work or invest in the cannabis industry, could be slapped with a lifetime ban from the U.S.

Kruger said federal prohibitions against marijuana use and possession in the U.S. wouldn’t have an impact on people following the law in Canada.

“What their purpose is is to be looking for people who are going to engage in illegal activity in the U.S. or people who have convictions outside of the U.S. for things that would be illegal in the U.S. as well.”

Anyone with a previous marijuana conviction might also encounter problems, she said.

“But if a Canadian is engaging in legal activity in Canada, that’s not a bar to coming into the U.S.,” she said. “The bar would really come in if they were intending to engage in that illegal activity in the U.S.”

Kruger said she saw the news story that warned people they could face a lifetime ban if they invested in cannabis companies or worked in the industry.

“It would be, ‘Are you coming to engage in illegal business in the U.S.? Are you going to be trafficking drugs into the U.S illegally?'”

Kruger said it’s her understanding border officers will not be asking every single Canadian if they smoke marijuana but they will be looking for signs a person may engage in that activity in the U.S.

“For instance, does the car smell like marijuana, can they see marijuana in the car, does the … dog indicate a smell of marijuana?’

Information like that will form the basis of further questioning, she said.

Kruger said people who admit to using marijuana before it becomes legal in Canada would be subjected to further questioning and possibly would have to prove they aren’t drug abusers by being examined by a doctor. 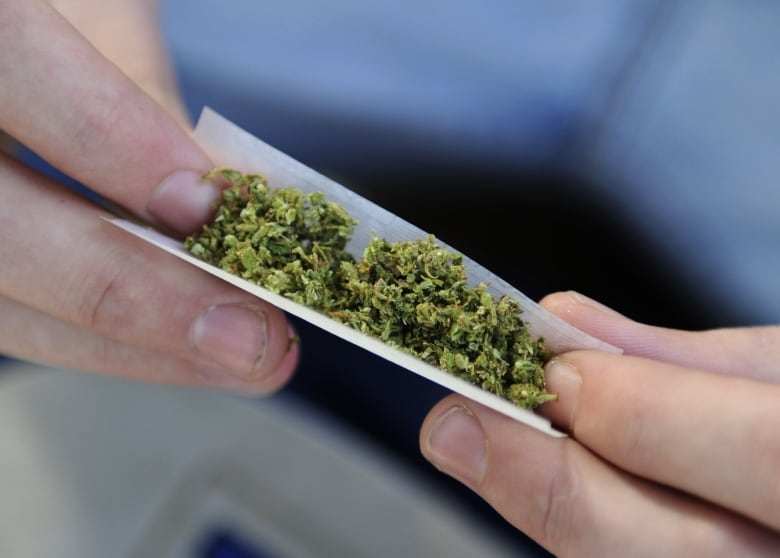 Marijuana will be legal in Canada on Oct. 17. (Juan Mabromata/AFP/Getty Images)

And those who tell border agents they work in the marijuana industry shouldn’t be stopped from going into the U.S., she said.

“You can tell them I’m not violating the laws of the U.S. by investing or working in the marijuana industry in Canada.”

It would be a problem, however, if someone planned to expand business or investments in marijuana in the U.S.

Kruger suggested that anyone with concerns contact an immigration lawyer in the U.S. to get solid legal advice before going to the border.

She said that there is no expectation of privacy at the border and she warned that border officials can access a lot of information on people very quickly.